The best clients are sometimes your first clients. Julie and James responded to an online posting for my photography back in the summer of 2012 for their small intimate wedding in Bay Ridge. They were my very first wedding, and I think I was more excited than nervous to shoot their intimate gathering. You can see their photos in the Wedding portion of my portfolio. 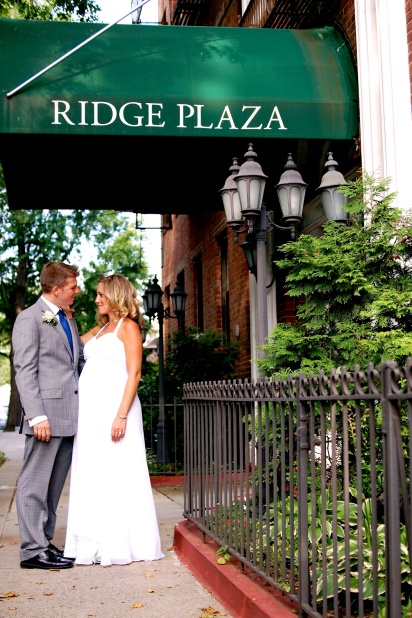 Fast-forward two years, and I receive a lovely little “hello” from them in my inbox one November morning… No longer just Julie and James, but Julie, James, Ryan, and Luke!! The boys, ages 2 and 1, with those bright blue eyes that melt the hearts of any human being, were totally rambunctious and so much fun to photograph. 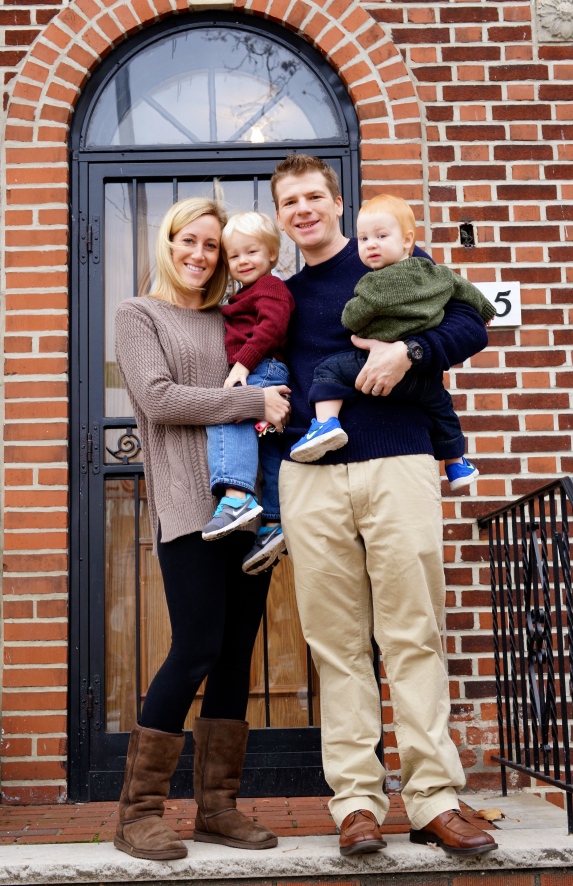 A helpful tip for anyone photographing toddlers – keep that shutter going constantly and get on the floor to be eye-level with them (still working on my technique as always!). Below, Luke on the left, Ryan playing with dad on the right. It’s hard not to fall in love with these two hunks! 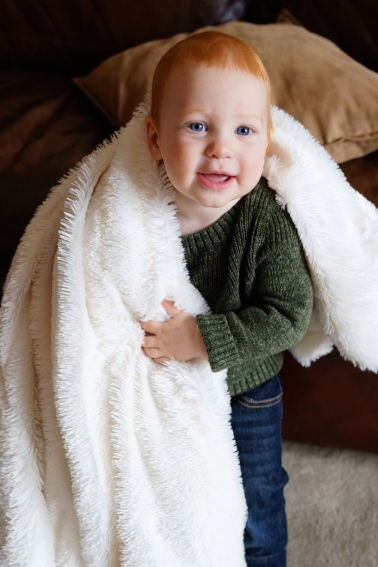 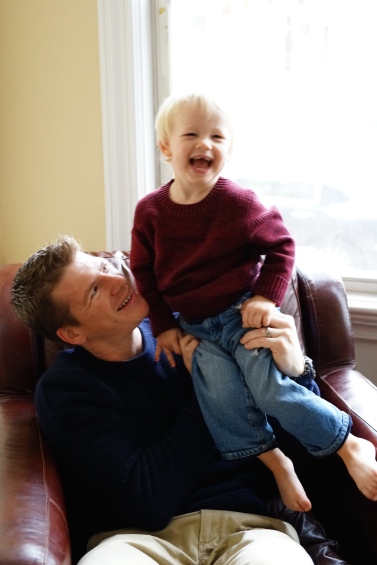 And of course, I had to sneak a few shots of the two love birds, now mum and dad. Still as much in love with each other as on that summer day in 2012 when they said   “I Do”… 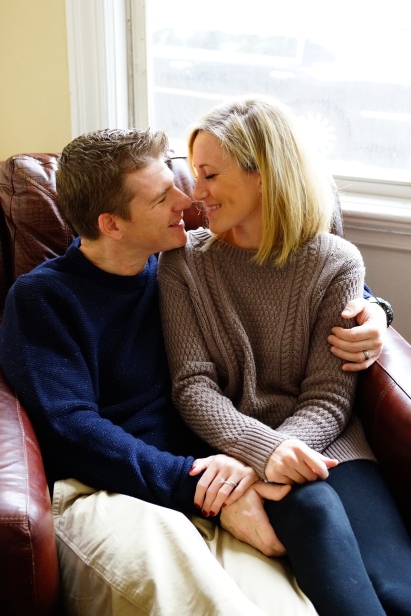 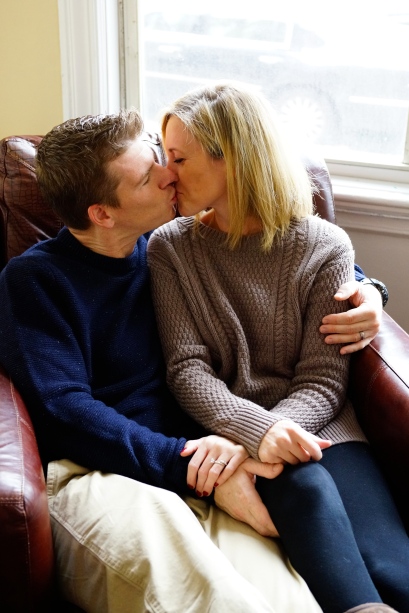 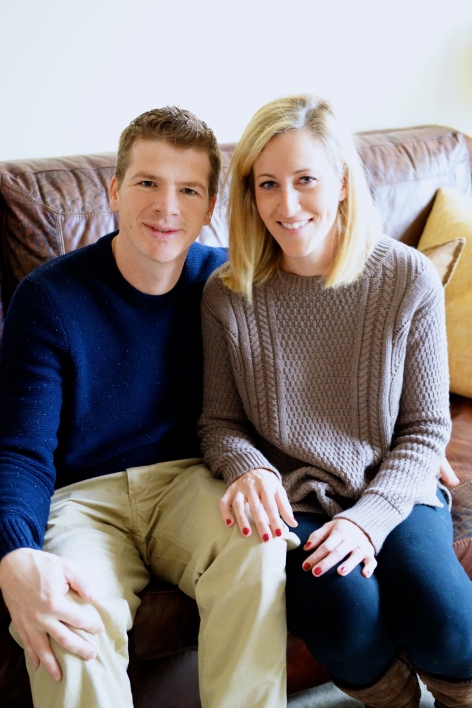 With two wiggly toddlers, snapping the perfectly composed shot is not always easy, so that’s why we improvise as photographers. Their beautiful home in Bay Ridge boasted a chandelier from the early 1900s, which doubled as an excellent setting for my favorite candid close-ups of the family. 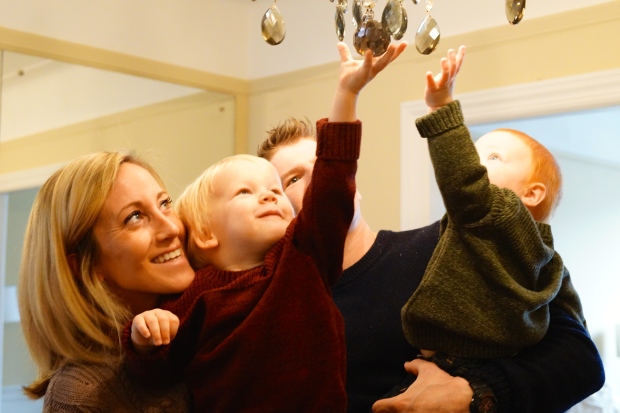 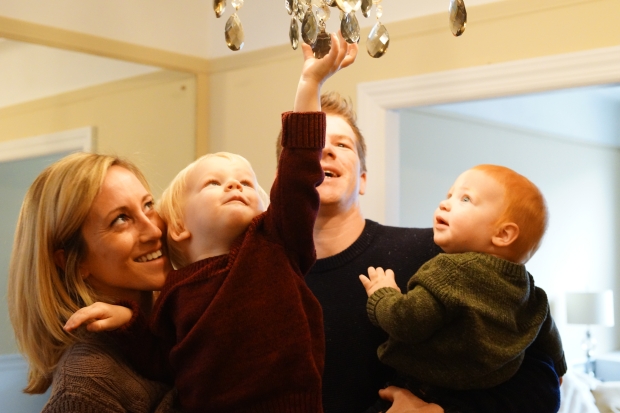 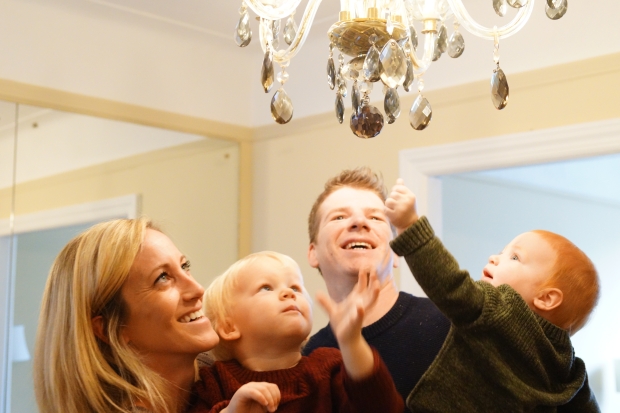 This last one has everybody’s face in it! Christmas card, anyone? Next, we took advantage of the warm-ish weather and strapped on everyone’s shoes for some outdoor shots. I absolutely love shooting outside (especially under the lovely overcast skies we had that day) and kids do the cutest things when they play! Like gazing at me for a split second with bright googly eyes while piled in a heap of leaves… 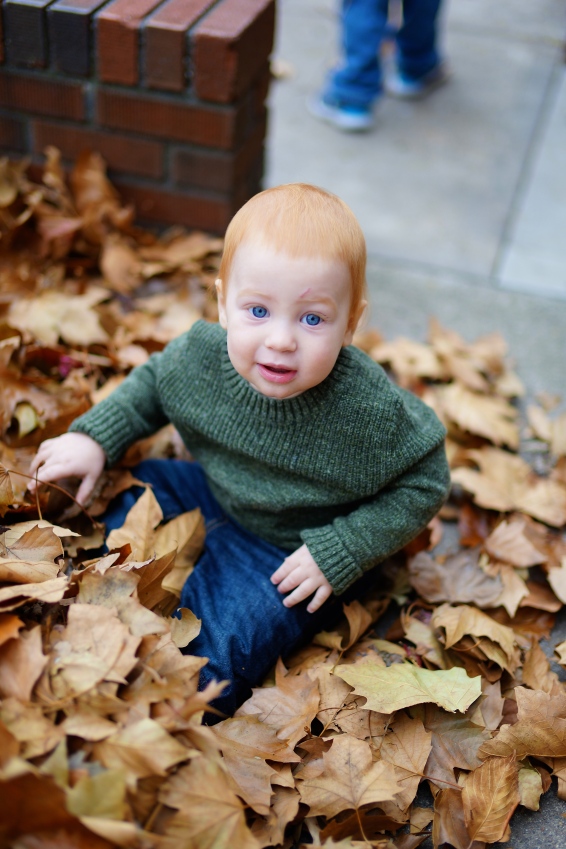 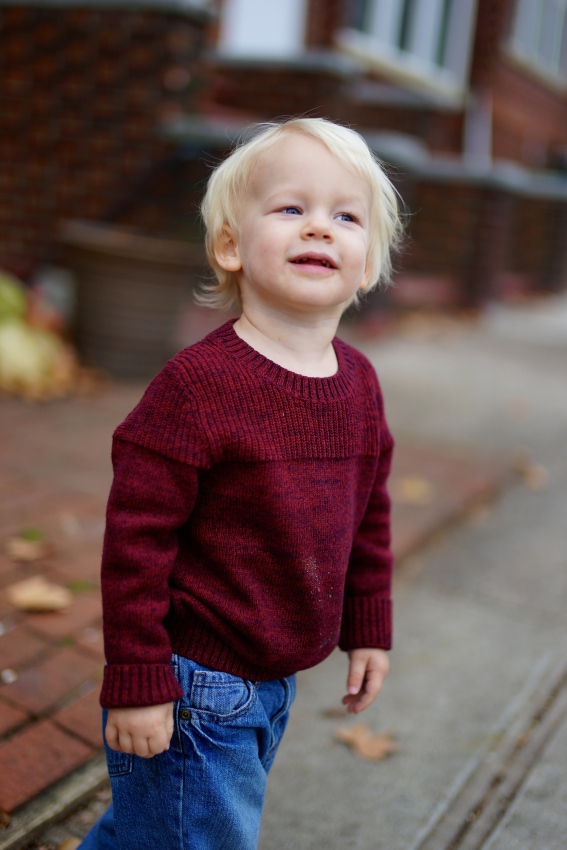 Or taking an impromptu geology lesson from Dad. 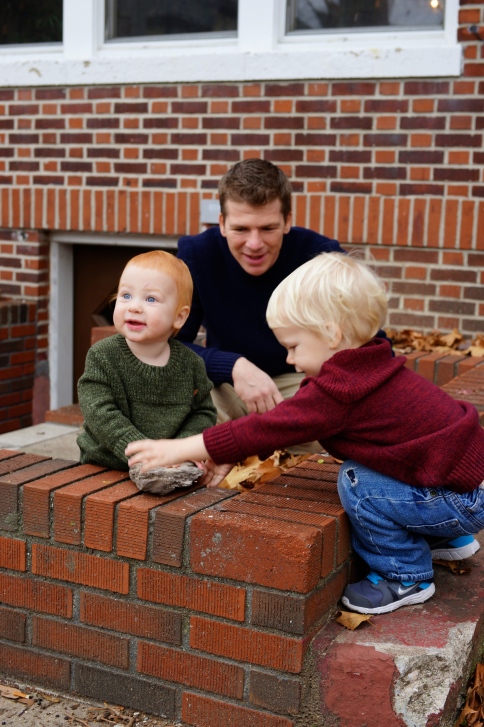 Having had enough of the leaves and rocks, we headed down the street (literally 4 houses down) to grandmas! I can only imagine how awesome it is to have grandma, aka drop-of-the-hat babysitter steps from home with two little ones. Less of the “Over the river and through the woods,” and more like, “Down the five doorsteps and ten steps away, to Grandmother’s house we go!” 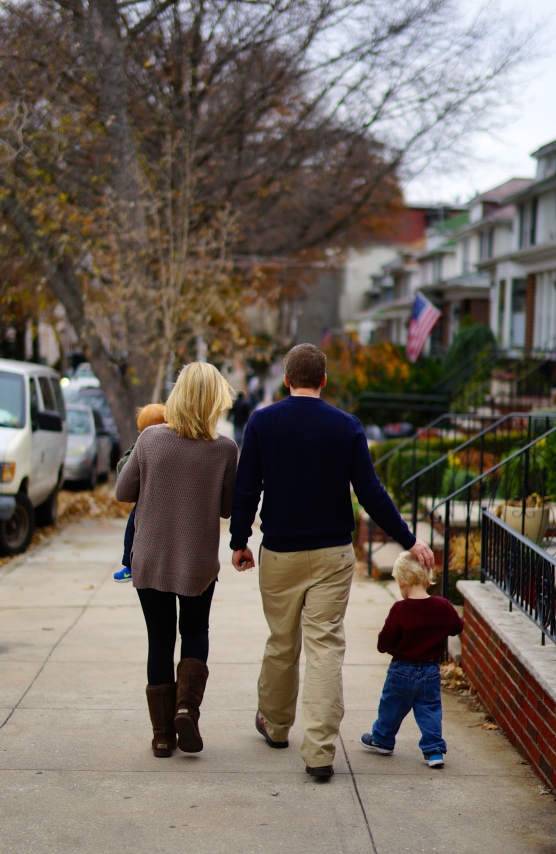 Luke and Ryan clearly led the way, too. I can’t get enough of the look on their little faces when mum and dad called for them… 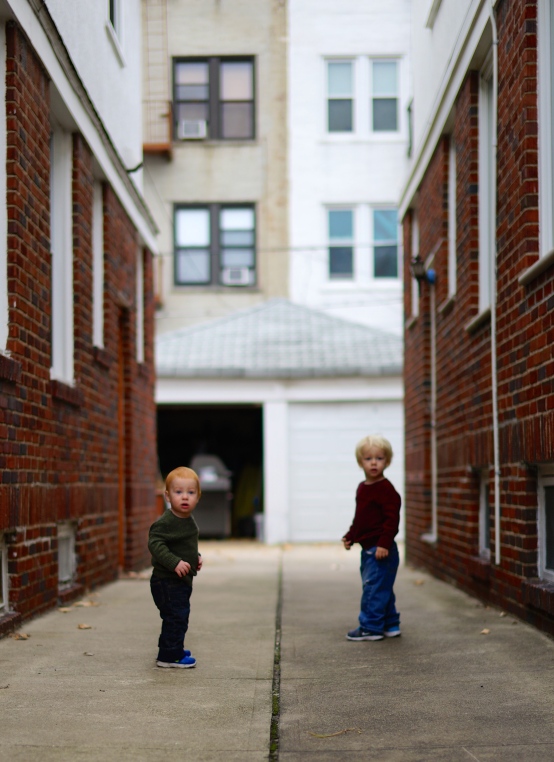 By this time, the little ones were quite over-energized by being at grandma’s that our attempts to take some additional group shots were more candid than expected. I still think it totally captures the family dynamic of giggles and laughter 🙂 Oh well, we tried! 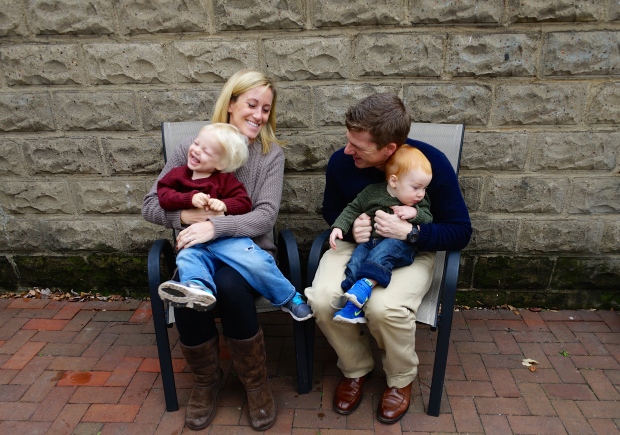 Although grandma’s was fun, it was time to head home for a late morning snack. But before we said our good-byes, I captured a few more shots in their sweet little cul-de-sac (I had no idea these little oases existed in Brooklyn!). 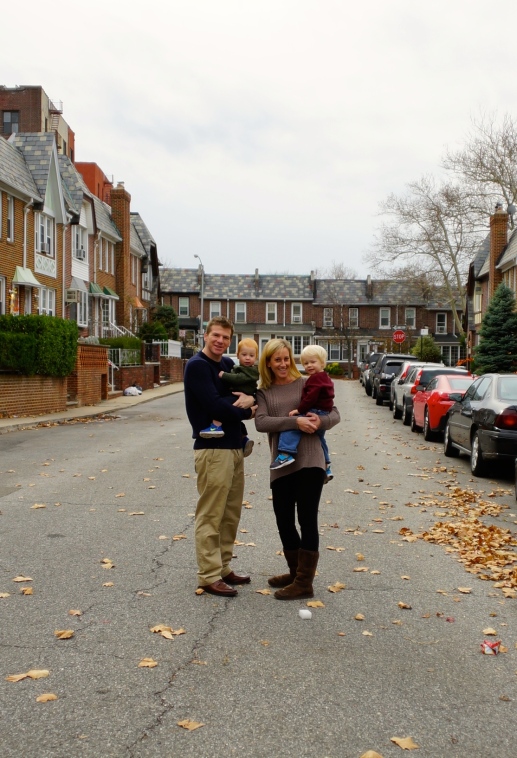 And as the holiday season comes and goes, and despite the cold days that lie ahead, remember the warmth of family in your heart. I am so honored to have been the Lanigan’s photographer for the second time, and look forward to many more family shoots with this gang! 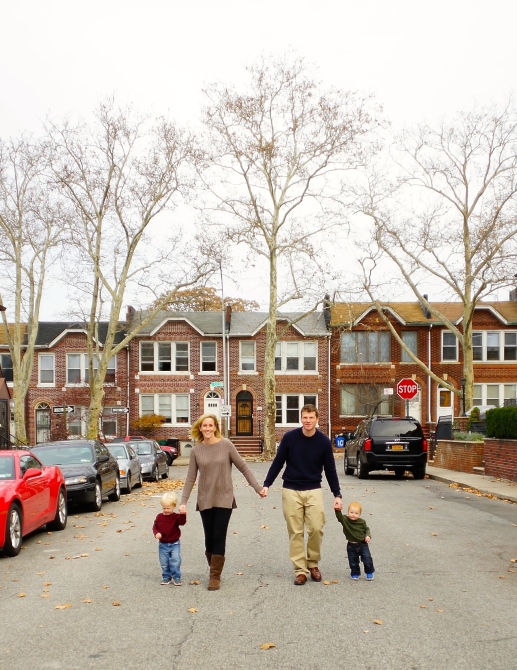